The 2010s: A Decade of Incredible Growth in Manhattan’s Luxury Market 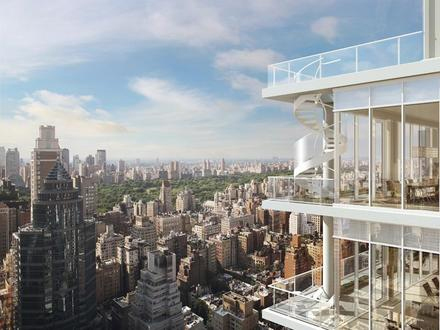 The 2010s: A Decade of Incredible Growth in Manhattan’s Luxury Market

As we look ahead in 2020 with the prospects of a new year and a new decade, it’s hard not to reflect on what happened in the past decade. There is no doubt that the 2010s were exciting times in the Manhattan real estate market, especially when it comes to the city’s luxury home market.

A recent article on TheRealDeal.com revealed some truly staggering facts and figures about luxury condominium developments and real estate sales from 2010 to 2019.

A Rise in High-rises

Here are are few other numbers that might blow your mind:

Why Such a Boom?

Naturally, inflation and economic growth are part of this major increase in New York luxury home sales and prices. The nation’s real estate market crashed in the previous decade, with 2008 being the worst year after the sub-prime mortgage fiasco. However, the crisis that affected most average American homeowners didn’t impact the luxury homeowners quite as much. This data shows that it really didn’t take that long for the Manhattan luxury market to not only recover, but thrive!

Buyers’ expectations continued to go up and it was clear they were willing to pay plenty of money for the highest standards of living. Developers and architects continued to push the envelope with more impressive designs and luxury amenities. Wealthy buyers expected the best and that’s what developers gave them.

Check out a new luxury development that we are currently representing: 200 East 59th Street

As we head into the 2020s, it seems that this period of growth has slowed down and leveled out some. Prices aren’t going up at the same rate. Other factors like New York’s new Mansion

Tax and increased property transfer fees are also having an effect on how quickly these high-end homes sell for. It will be interesting to see how the luxury market reacts.

Don’t get us wrong, we expect prices to continue to go up in conjunction with inflation and overall economic growth. Developers will keep developing, but maybe not quite as aggressively. Mortgage rates are also staying at record lows, at least for the foreseeable future. Right now, it’s definitely a buyer’s market as we outlined in our latest “2020 Vision” blog article.

No matter what the future has in store for Manhattan’s luxury real estate market, it is fascinating to look back at what an exciting decade we just went through. The 2010s may have forever changed New York real estate and we’re excited to be a part of it!

If you are buying or selling luxury real estate in Manhattan, Tom Postilio and Mickey Conlon are the expert real estate team to trust. They specialize in New York’s luxury market and know how to help you make the right moves. Contact Tom & Mickey today and see how they can make a difference for you.